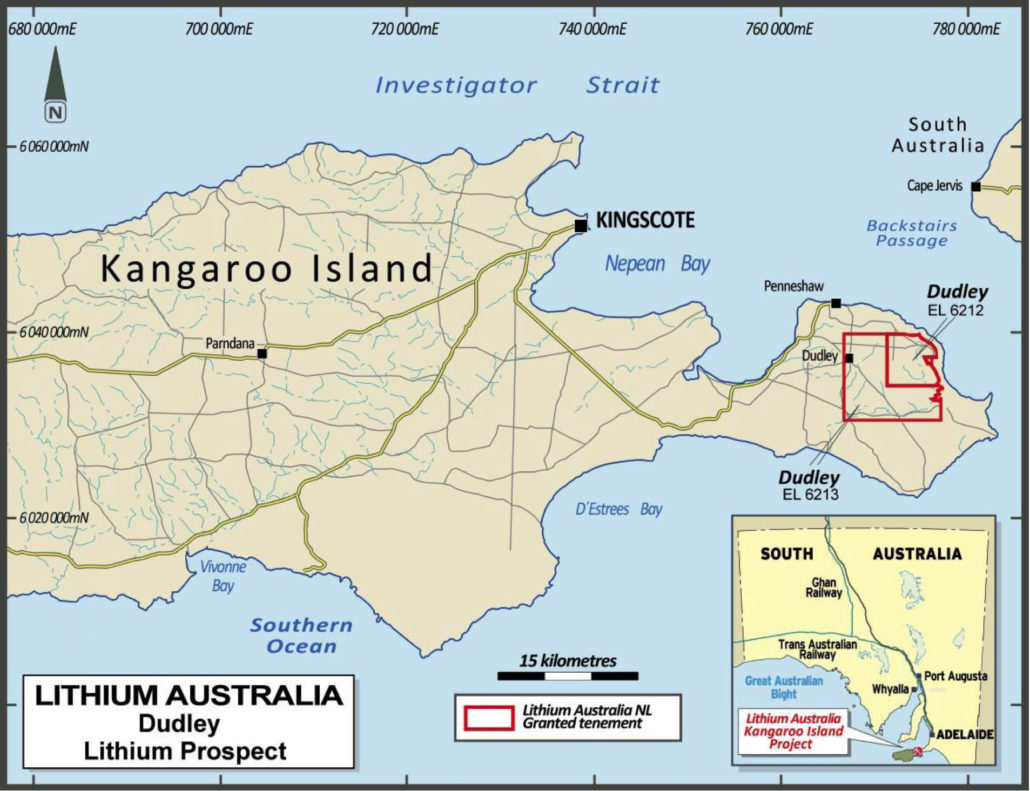 At Dudley, the focus is the pegmatite intrusives into the Tapanappa Formation. The pegmatites form dykes and sills of predominately feldspar-quartz-muscovite, with varying amounts of topaz, tourmaline, graphite, citrine, and apatite. They are extensive, with up to a 5 km strike length presenting as discontinuous, partially buried exposures. Although there is mention of lepidolite in a report by the Geological Survey of South Australia, there has been no modern exploration for lithium minerals in the area.

The exploration licences contain the Dudley Mine, which operated during the early 1900s and 1980s. Gem tourmaline, ceramic-grade feldspar, silica, and kaolin for brickmaking were mined.

Lithium Australia considers this significant, as lithium, which is very mobile, is usually leached from weathered rocks. The Dudley pegmatites intrude the Cambrian metasediment Tapanappa Formation and are variably exposed at surface. Currently, lithium pegmatites in Australia are attracting investment from some of the world’s largest lithium companies.

All data from this programme indicate that the Dudley prospect has the potential to host a lithium deposit in a location not previously identified for its lithium potential. The following factors indicate the potential to delineate a substantial lithium-caesium-tantalum (LCT) pegmatite system (LCT pegmatites host almost all of the world’s hard-rock lithium mines):

In light of these significant results, LIT is planning a geochemical soil-sampling programme over the Dudley prospect and surrounding areas where anomalous lithium values were obtained from pegmatite float. The follow-up work programme at Dudley will commence in the fourth quarter of 2019.